Our client approached us to replace two large totem signs at Central Retail Park in Milton Keynes with the existing signs being in need of updating to a more modern design. 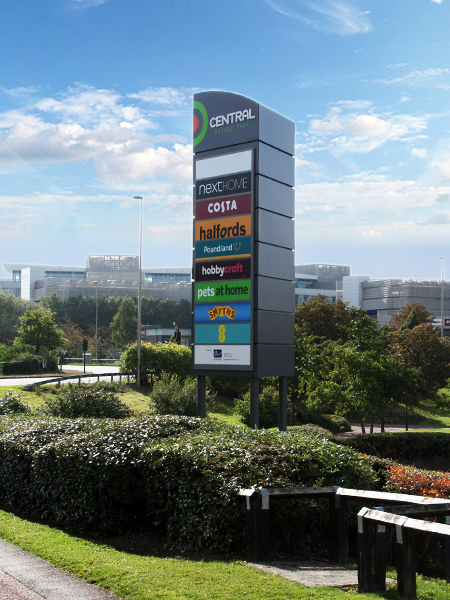 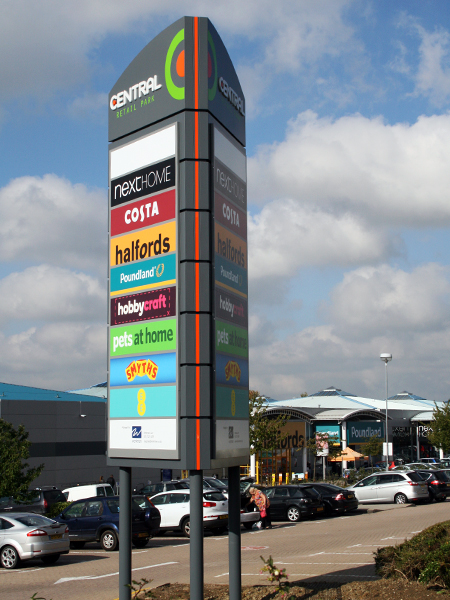 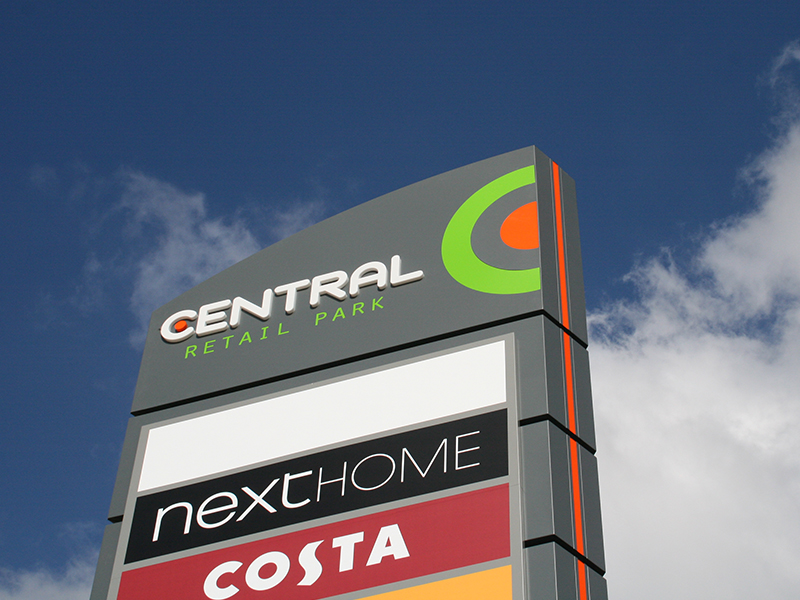 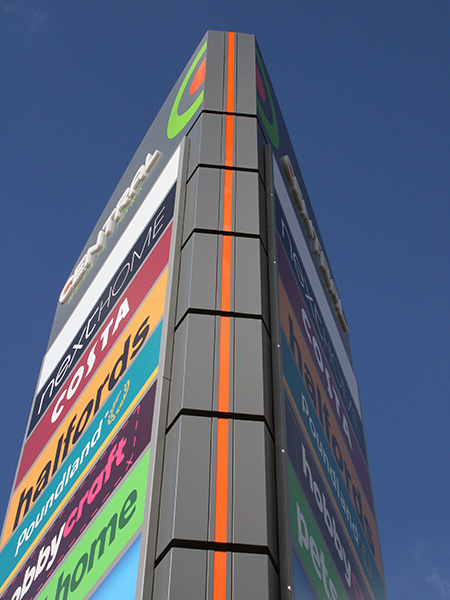 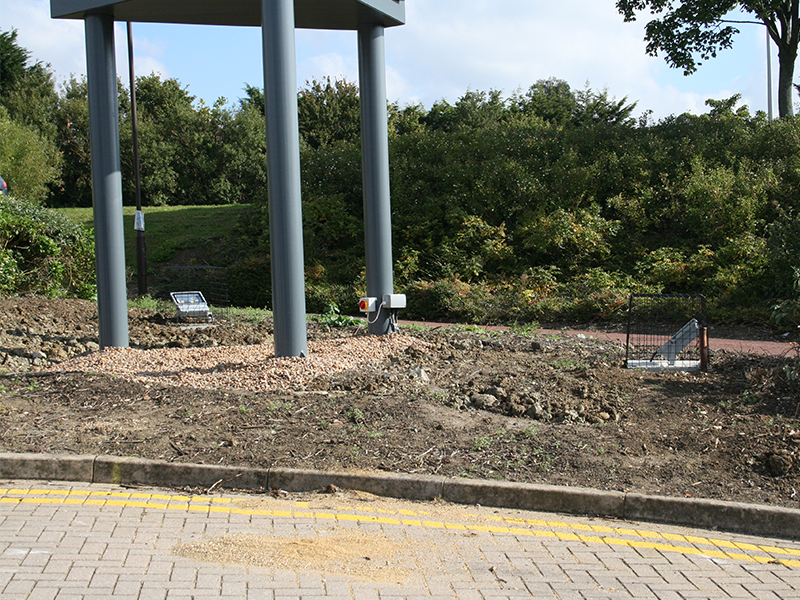 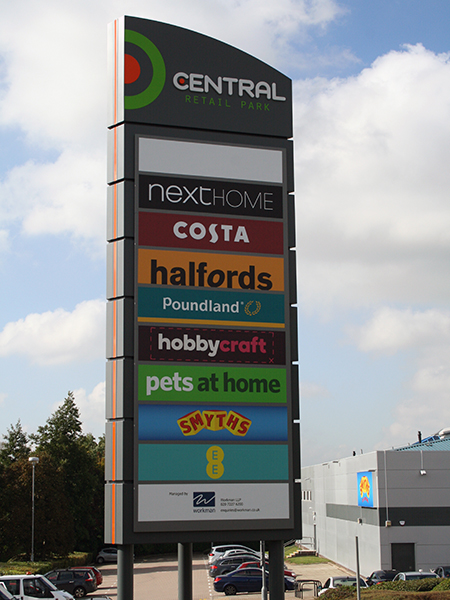 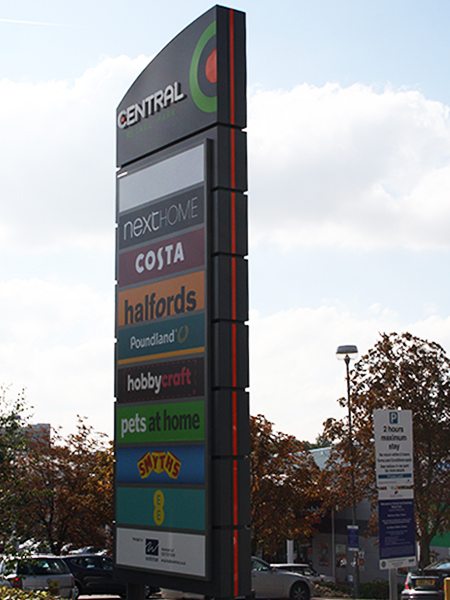 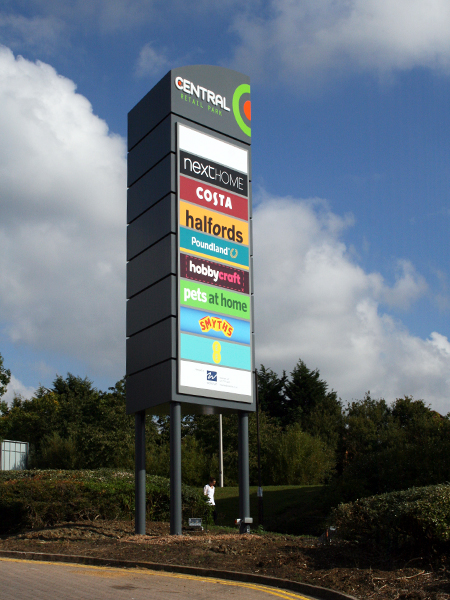 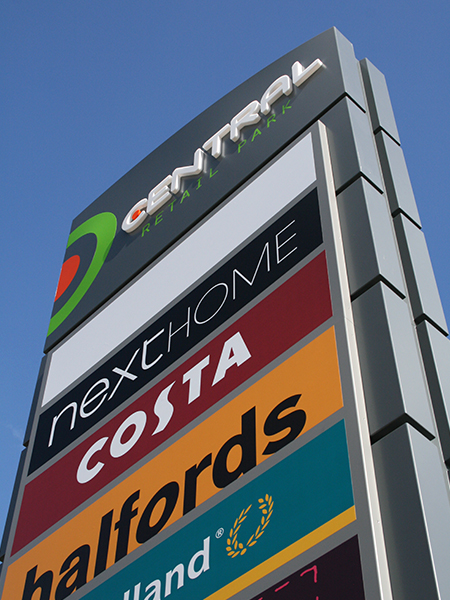 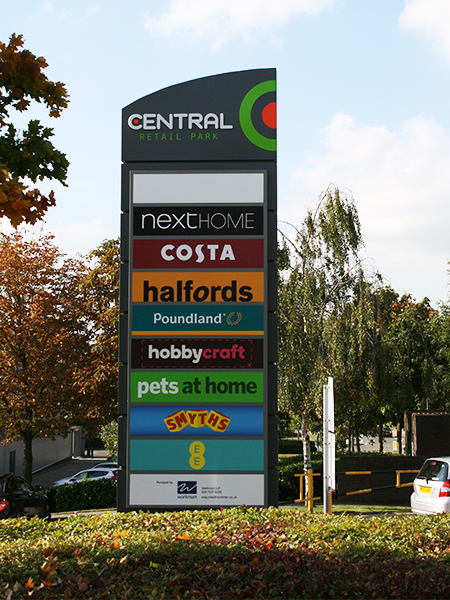 The totem signs also had an issue that we have come across many times working on retail park signage. Since the signage had been installed when the site had been constructed the trees located around the perimeter had since grown to a size that meant visibility of the totem signs was very limited. This can often be overcome by carrying out some gentle pruning of foliage but on this site with the pure volume of trees and the location of the totem signs this wasn’t a practical option. To overcome the issue and allow for better visibility, the totem signs needed to be relocated some distance from their original locations.

Once planning was approved we completed groundworks for the new totem signs which included the installation of large concrete foundations. Both totem signs were illuminated so we installed new power supply cabling from the original locations to the new.

Given the size of the existing totem signs and the new replacements we had to utilize specialist low loader HIAB transportation and a separate crane to remove the existing and lift the new into position.

The overall finish and new locations has significantly improved the appearance of the site.