Following severe storms in the Southern region, we were asked to attend site urgently to review an existing totem sign that had suffered damage. 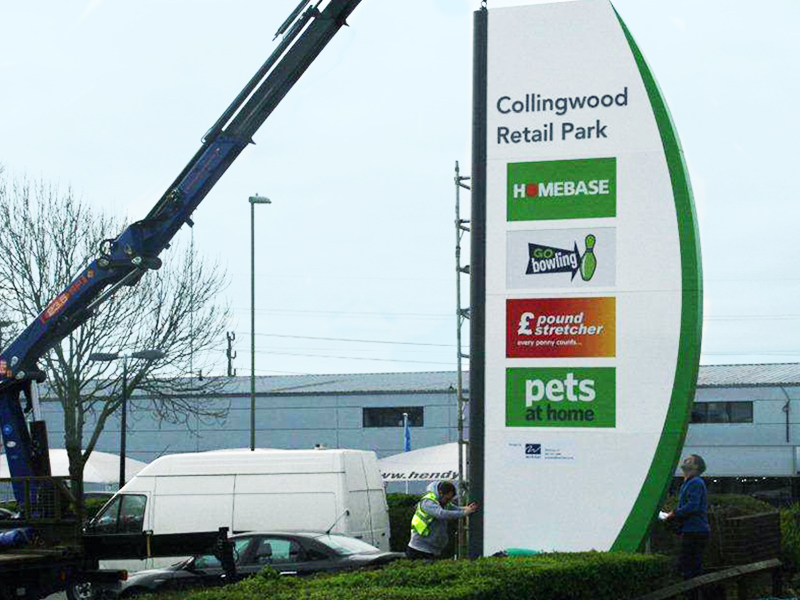 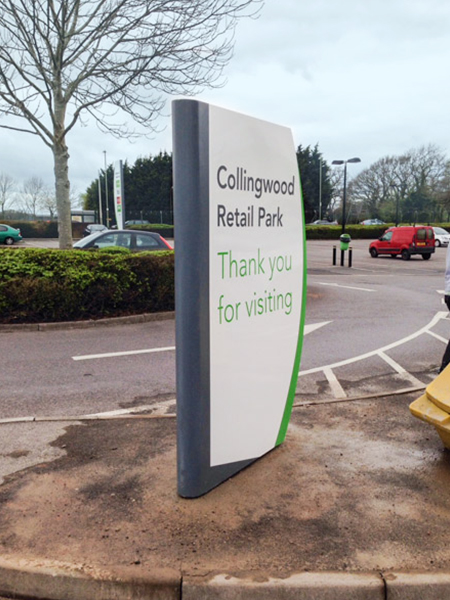 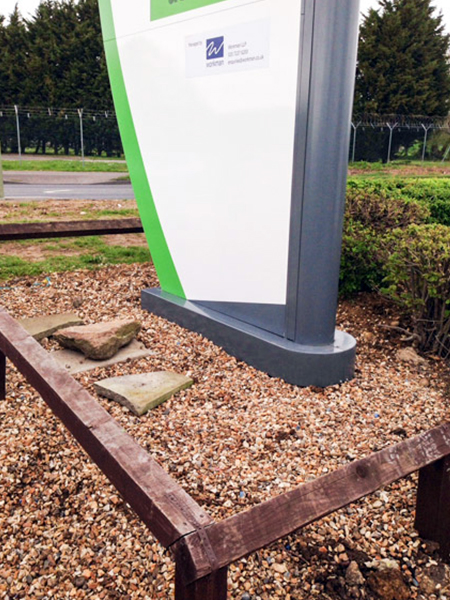 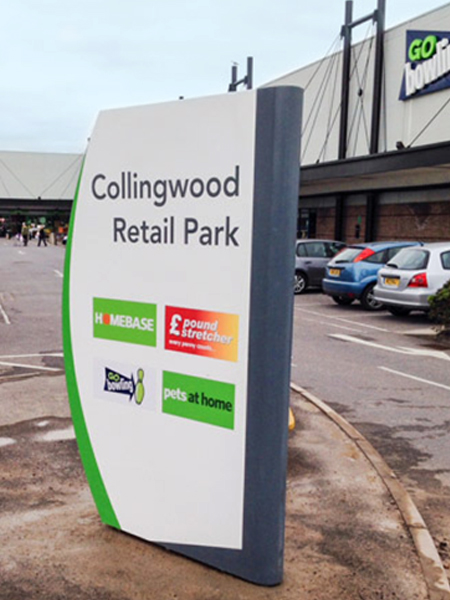 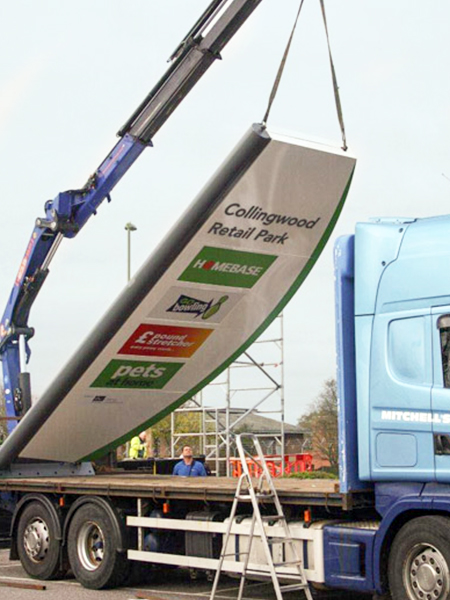 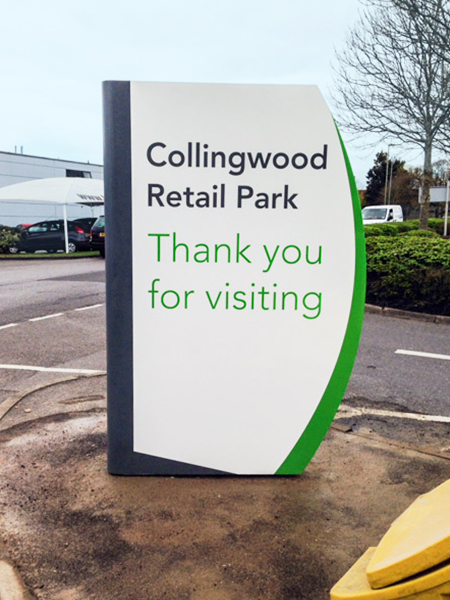 The current totem had literally snapped and several options were considered from a refurbishment approach, but after advising our client, it was agreed by all parties that purely for health and safety reasons the existing totem should be decommissioned and removed.

As the current signage was rather small, we designed a larger totem and re-sited it to make it more prominent to passing traffic. On removal of the old totem, we provided new mild steel ground cages and set these into a new concrete base and left to cure for 10 days. We then returned with the new totem and utilising a HiAb crane, lifted the totem onto the cages as one single structure and fastened the baseplates down with adjustable bolts.

The new totem sign was approximately 6.5metres in height with fabricated aluminium panels to both sides with stencil cut out lettering and logos. All lettering and logos in 10mm push through opal acrylic with applied digital prints which are internally illuminated by LED strips.