Having completed the original signage installation at Freeport Fleetwood our client approached us to alter the main entrance signage to coincide with a recent re-branding celebrating the outlet’s 20th anniversary. 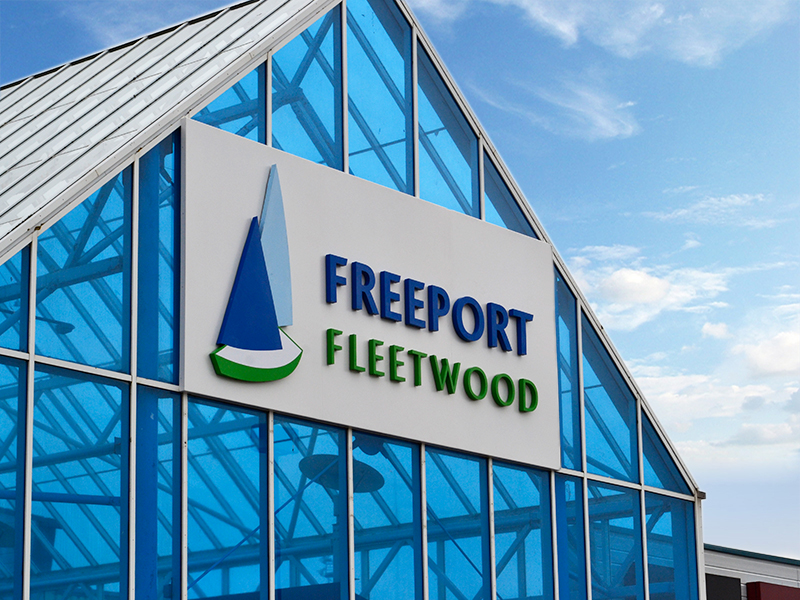 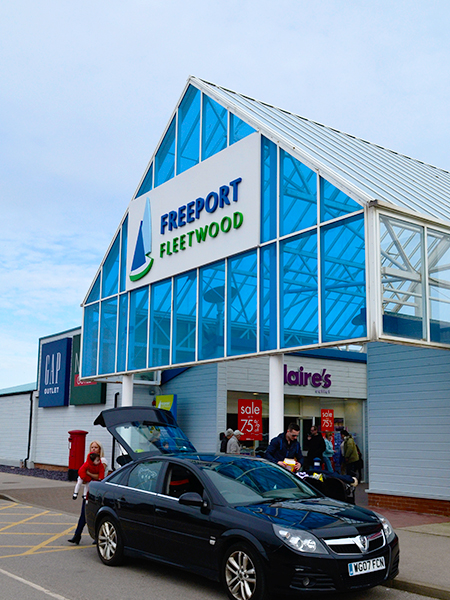 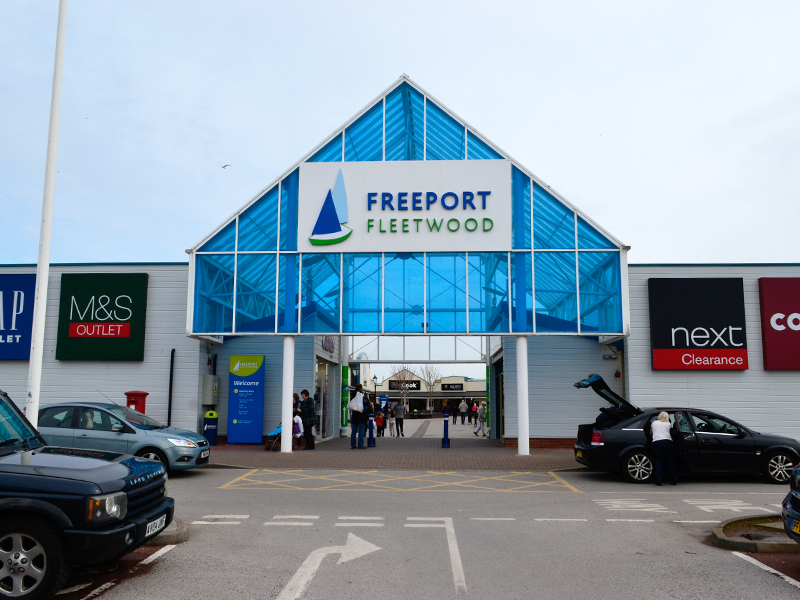 Some elements of the old brand were to be retained in the signage with changes to the colour being the main focus. As the existing signage was in good working order it was deemed practical to retain and refurbish the built up lettering and logo with the addition of a white backing tray to bring the brand together and make the lettering stand out against the blue tinted canopy glazing.

To refurbish the sign we needed to remove it from site, back to our workshop. As this is the main entrance to the site we had to minimise the amount of time without signage. To achieve this we carried out a survey of the location for the sign and commenced manufacture of the backing tray prior to removal. Once back in our workshop the built up lettering was cleaned, serviced, repainted and installed onto the backing tray. The sign was then returned to site and installed into its new position with works being carried out before the centre opened at 10am to minimise disruption.

This site also boasts a large double sided advertising billboard located in the car park. Having stood the test of time and the conditions sometimes inflicted by Fleetwood’s exposed coastal location, it was decided to give this sign an overhaul. The sign regularly requires updates to its message and graphics so with the implementation of the new brand and new graphic due we removed the existing panels and framework but retained the posts, then installing a new sub frame and flexible faced signage system allowing for quick and simple updates in a single piece digitally printed format.

Also as part of the re-brand, we replaced the previously installed lamppost banners with new digitally printed banners featuring the new brand colours onto the existing fixing arms that we had also previously provided.