We were approached by our client, The Emerson Group, to attend site and carry out an inspection and report on their existing large v-shaped totem sign, due to damage sustained during winter storms. 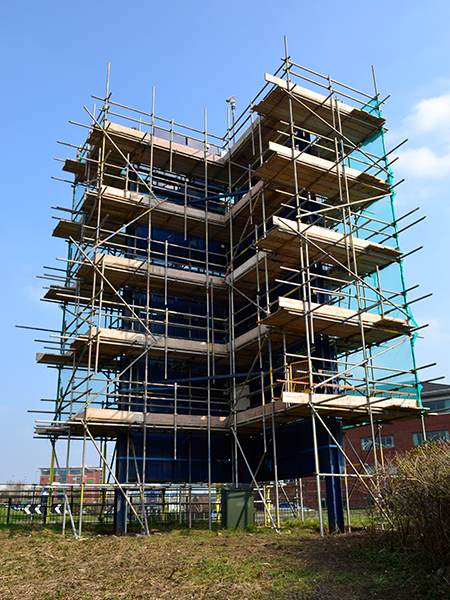 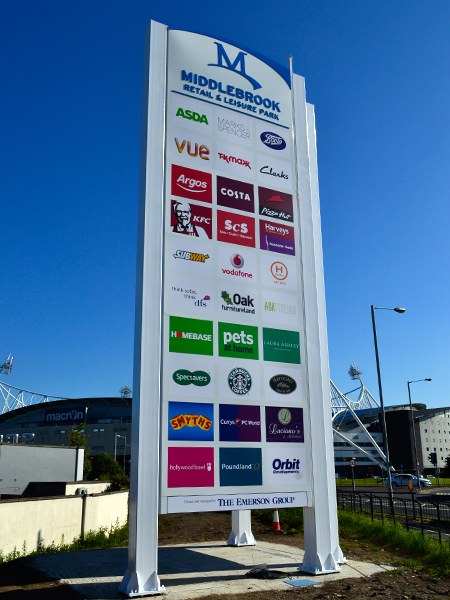 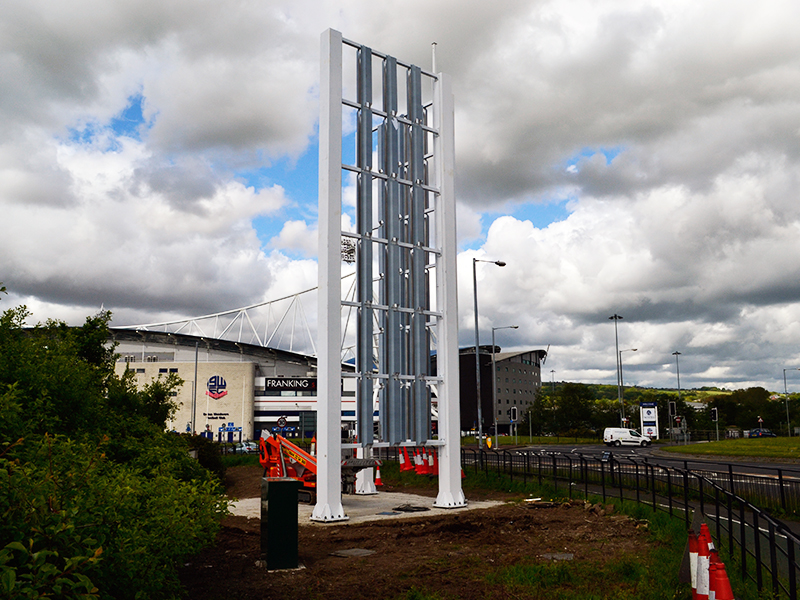 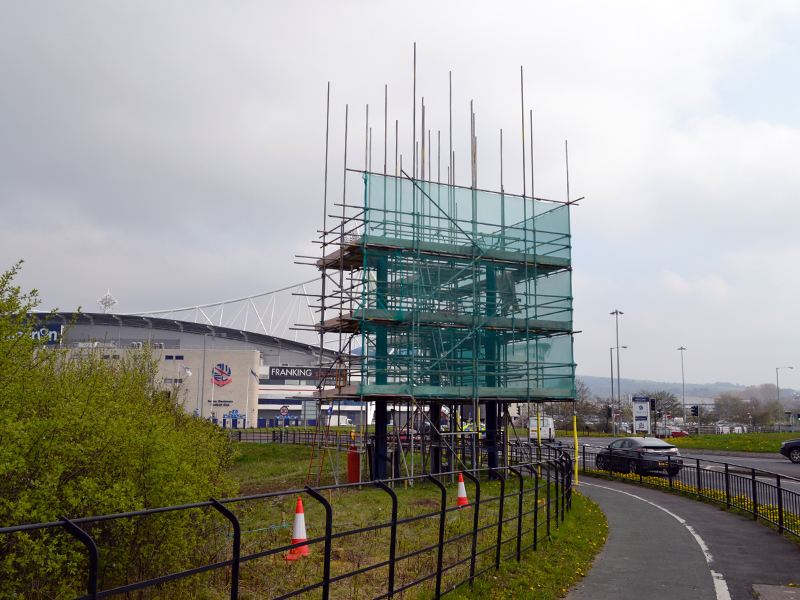 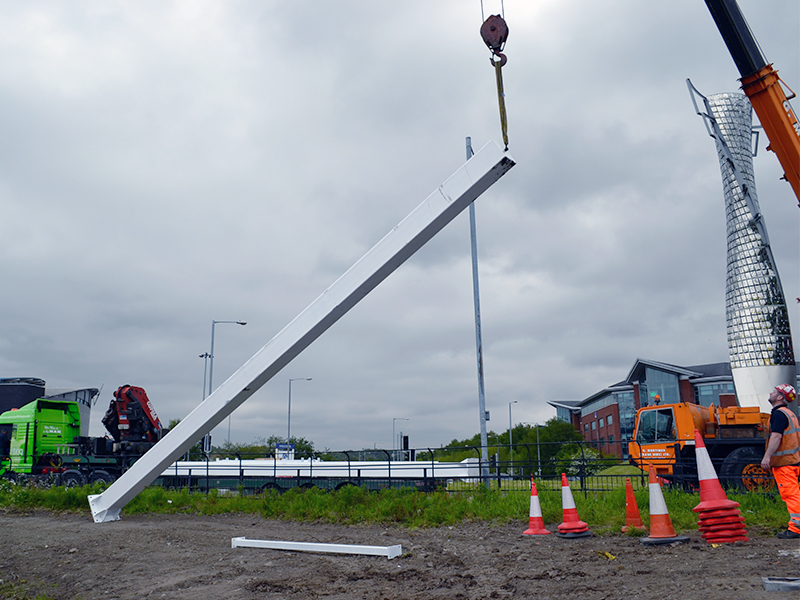 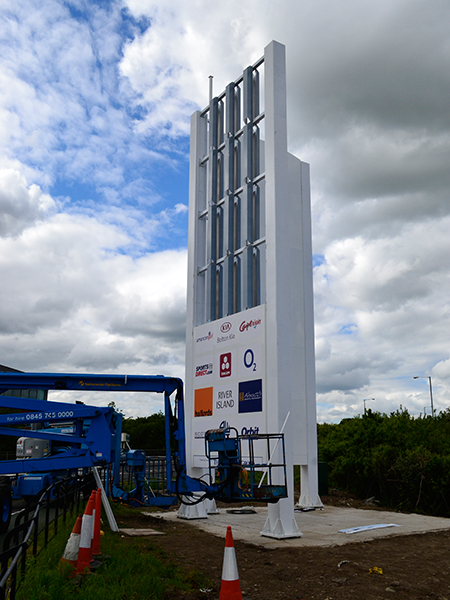 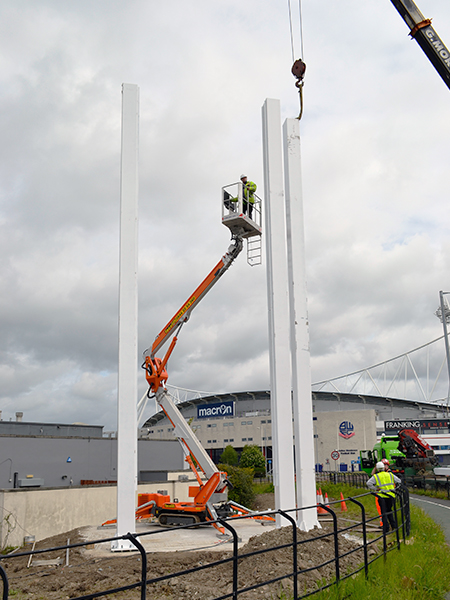 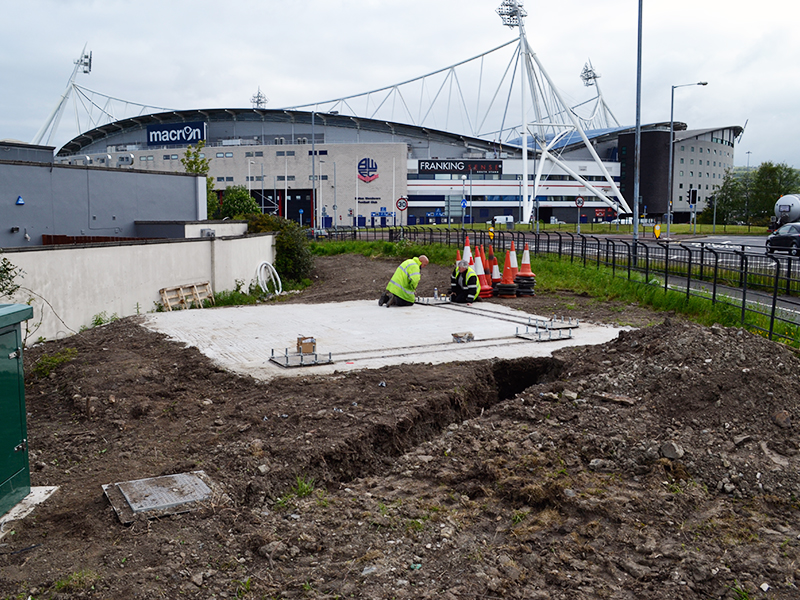 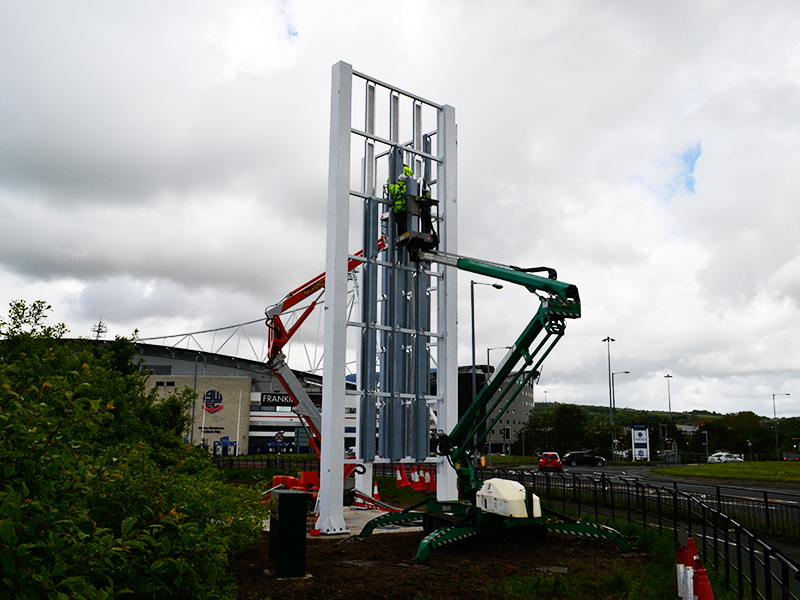 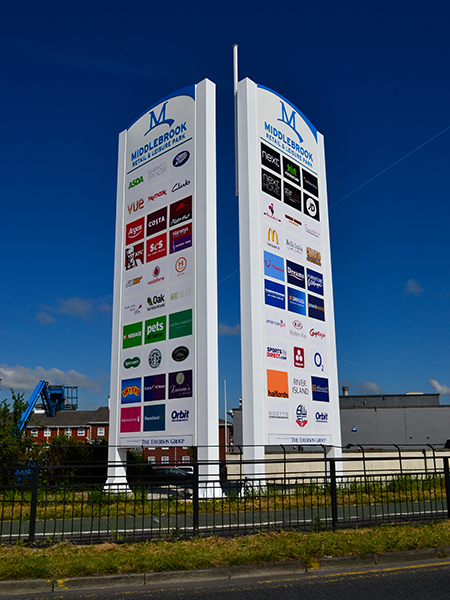 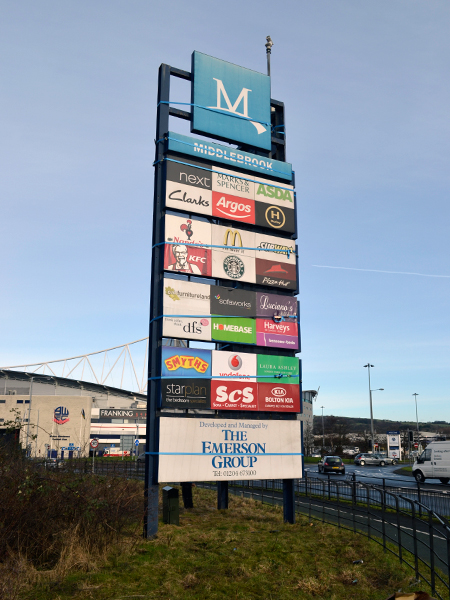 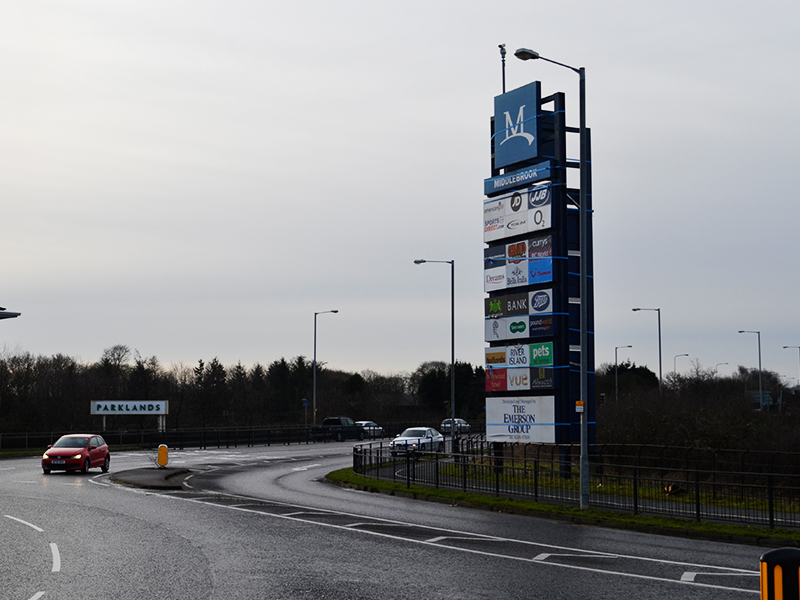 Once we attended site it became clear that some elements of the totem sign had run the course of their reasonable life. Initially the main steel frame, although in need of some painting work, appeared to be in good condition. This allowed for the opportunity to carry out a comprehensive refurbishment to bring the totem sign up to standard. The flex face boxes and steel sub frame would however need to be replaced.

Before any refurbishment works could be carried out we completed an investigatory excavation and structural engineers report to confirm that the structure would be suitable for the refurbishment. Following this investigation, it was deemed that significant works would be required to both the frame and base in order to achieve the final result that our client required. Given the investment cost and logistics of the work, it was agreed that it would be more practicable to completely remove the existing totem sign and replace with two new temporary totems, until a more permanent design could be implemented. As the totem sign had suffered damage, with safety being our primary concern, we commenced with the removal of the existing totem sign. This was carried out quickly, whilst design proposals for the replacement totem signs were being produced.

The height of the totem was 12m so a fixed scaffold was installed to facilitate the removal. The flex face boxes were removed then the steel sub frame. Finally the 3 remaining steel legs had to be cut into sections and lowered to the ground.

Once we had agreed on a design for the new totem signs we could obtain structural engineers calculations. The locations of the new totem signs were positioned as near as possible to the original with slight adjustment to avoid the existing bases. The base was excavated to a size of 6.4m x 6.4m x 0.9m allowing for 37 cubic metres of concrete and steel reinforcing to support the size of the totem signs. Ground cages were set in to the concrete which weighed a total of 88 tonnes.

Due to their size and logistics of transporting the signs, we constructed the totem signs in sections on site. The four main steel legs and cross braces had to be transported to site on a specialist low loader and lifted into position by a separate crane.

Once the frame was constructed and secured, the finished aluminium cladding panels were installed. The modular design also allows for the totem signs to be dismantled and re-assembled elsewhere on site, when the final replacement totem sign is installed.

‘When I started out on the refurbishment project of the 12.5 metre totem pole at the front of the estate, I looked for a company who had expertise in this area, especially due to the size and scale of the job in hand and Sign Options very quickly became the preferred contractor. Sign Options “listened” to exactly what I asked for and then delivered a solution to my requests with specialist knowledge input.

They delivered the project on exactly the time lines agreed. This was not a straight forward project with problems with underground cabling, excavations, and other issues all throwing up different problems throughout the project which the Sign Option’s team quickly resolved, communicating with us, the client.

The results are now there for all of our 13 million visitors to see and Sign Options delivered the brief on time, in budget and their staff exceeded our expectations on a daily basis from  concept, to design, to the fitters on the ground.  A rare find that we will be working with in the future.’
Robert Hallworth, Centre Manager
Middlebrook Retail Park, Bolton